The Sons of Jacob congregation is seeking funds to renovate the exterior of their heritage building, located at the intersection of Cassells and McIntyre streets, in North Bay, Ontario.

About North Bay’s Jewish Community, and the Synagogue Building:

The following is an excerpt from a BayToday article originally published in August, 2017: 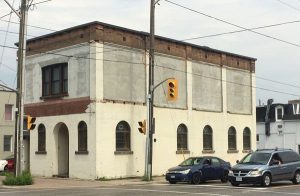 Synagogue President and CEO Howard Kizell explains, the property which was originally used as a stable eventually transitioned into retail space for a variety of businesses, including a hardware store. The turning point came years after the Sklar family purchased the building for its furniture business. In 1925 the family donated the building to the Jewish community of North Bay. A plaque with the family name on it still hangs inside the Synagogue in their honour.

Kizell describes the Jewish community as quite robust during those early years.

“In the mid-1920’s there would have been around 100 families. The local Jewish community thrived here through the Second World War, and on into the 50’s and 60’s. In the 1960’s, almost every second store downtown was owned by a Jewish merchant in the Main East and Main West blocks. There was men’s wear, ladies wear, shoe stores, what have you, ” explained Kizell.

Fewer than 20 Jewish families live in the city today, and although the numbers are low, Kizell says it is important that there be a Synagogue for members to gather.

“We use it for services, to get together for Jewish holidays, also for our memorial service to say prayers for people who have passed on, and we have also community events there.”

The second floor is an artist’s studio. The main floor is the sanctuary.

Renovations to the interior of the building were recently completed. The focus now is on the exterior. 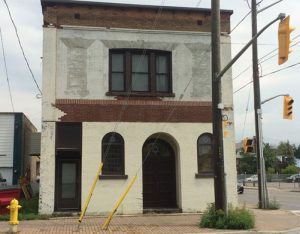 “The siding was falling off, so we had to take the old wood siding off all four sides which is now done. It looks like a derelict building at this point. We are looking to renovate. Marcus Wheeler (Evans Bertrand Hill Wheeler Architecture Inc) has designed all the drawings for it. He’s being very generous to us.”

Wheeler’s vision is to refurbish the building using a new material called long board.

“They came to me and asked me to be creative. There’s this new product, it’s an aluminum product that resembles the look of wood. It is also maintenance free for much, much longer than actual wood, which was appealing to them,” said Wheeler. “So, we’re using the aluminum wood and cladding the elevations facing Cassells and McIntyre. On the other two sides, we’re going to use simple pre-finished aluminum siding which is a little bit cheaper.”

The design also includes repainting the brick on the main level. 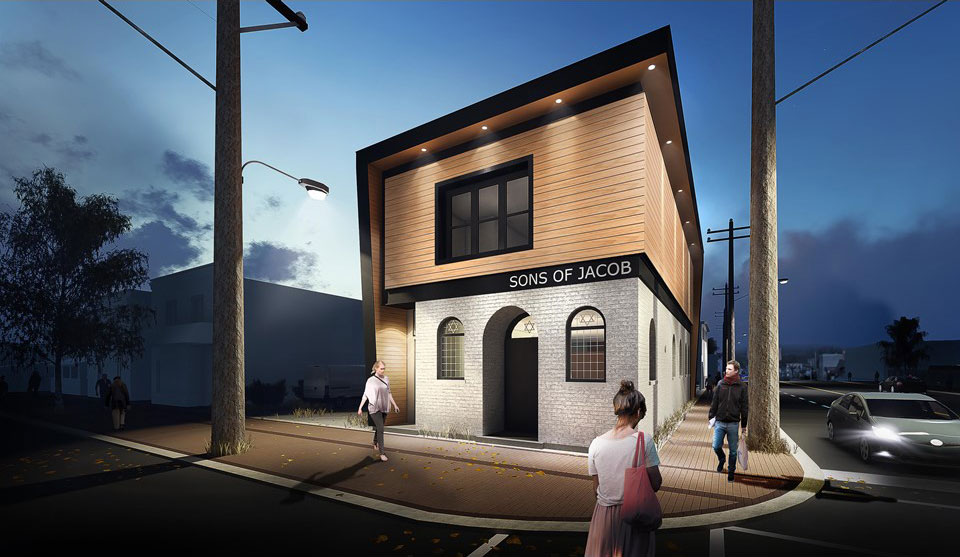 A Capital Fundraising campaign is set to be launched during the first week of September to help defray costs. The fundraising committee is appealing to a variety of agencies for financial assistance.

“We’re looking to go to different Jewish foundations as well for grants or money. We’re going to be appealing to the general public, and to former members who have moved to other centres,” explained Kizell. “ Once we get the architect’s cost estimates, we can proceed. We have letters all ready to go. They’ll go out probably the first week of September. Donations are starting to come in already. We’ve already raised about $5,000 so far.”

Kizell says the campaign could take up to a year to complete.

“We had a flood about seven or eight years ago, and we had donations from churches, from people we never heard of before, sending money to us. The people in North Bay were very generous then.”

He expects construction will likely begin in the summer or fall of 2018. 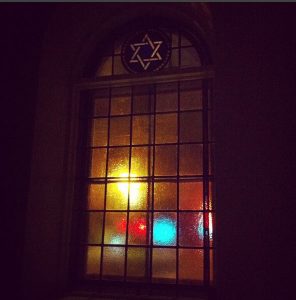